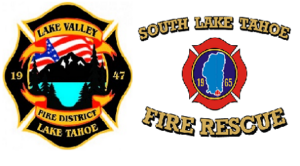 SOUTH LAKE TAHOE, Calif. – A burn ban in the Lake Tahoe Basin was put in place this summer in response to the unprecedented and extreme fire conditions in California. While there were no major fires in the Basin there were record setting acres burned across the state.

A ban of charcoal barbeques, wood fire pits and open burning was but in place along with extra bans during Red Flag Warning conditions.

With the arrival of winter snow, South Lake Tahoe Fire Rescue and Lake Valley Fire Protection District have lifted the ban in the City of South Lake Tahoe and lake portion of El Dorado County. The Forest Service have not released their ban as of Tuesday morning.

Local South Lake Tahoe fire agency personnel are telling the public they appreciate their adherence to the recent fire restrictions, but ask they remain cognizant and report hazardous fires by dialing 9-1-1.

It is very important to follow manufacturer recommended instructions on the proper care and maintenance of barbecues and/or firepits.